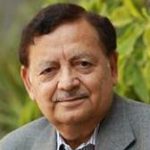 The ruling dispensation in Pakistan under Prime Minister Imran Khan has displayed utter disregard for parliamentarism. The National Assembly has been effectively reduced to a forum for keeping the PTI government in office in numerical terms, i.e. by conjuring up a majority of sorts on the floor. While the Senate remains a citadel of opposition — even after the latter’s failed attempt to remove its Chairman — the Upper House has been redundant except for laying out the turf by speakers from the two sides. It is an empty shell.

As opposed to the House of Commons which plays the role of a coordinate house vis-a-vis the executive, the parliament in Pakistan is clearly a subordinate, along with a meager input from the standing committees and from the civil society at large. The floor of the parliament has become an arena for crosstalk in the hands of the spin doctors and twisters. This is a sure recipe for deinstitutionalization of the legislature. The no-show Prime Minister and the evasive leader of the opposition — Imran Khan and Shahbaz Sharif respectively — have rendered the House leaderless and clueless. Leadership as management along with leadership as diffusion of responsibility has become a thing of the past. The ruling party, (Pakistan Tehrik-i-Insaf) PTI’s MNAs have not been able to engage with the opposition, evolve basic rules of game and do the spadework for legislation. Inevitably, the government goes for the kill, by issuing ordinances at will. The party’s transformative narrative has become the confrontationist narrative. Neither the Prime Minister nor his party stalwarts had envisioned that walking away from the parliament would amount to cutting his umbilical cord with the source of its own legitimacy and deprive it of a valuable platform for conflict resolution. The gradual slippage of political initiative out of the hands of the PTI is fast turning it into a King’s Party on the model of the PML (Convention), PML and PML-Q of the past. The parliament in the West generally and most typically functioned as a method of disengagement of people from the street and thus bringing their elected representatives to the parliament. This has been a ‘stabilizing’ role of the parliament in the form of a conflict resolution mechanism or at least conflict dissipation strategy that has kept the system going in dozens of countries.

While in opposition, Imran Khan had forcefully criticized the NAB, ECP, FBR, FIA, indeed the whole gamut of the state, much like the Taliban and of course Tahirul Qadri before him. Imran Khan’s net contribution to politics before his political ascendancy has continued to reflect his inability to graduate from the oppositionist framework of thought and practice to the ruler’s imperative. His politics can be summarized as: personalization of politics; demonization of political opponents; plebeianization of the discourse whereby sophistication is considered unnecessary for political leadership; and self-inflicted isolation as well as insulation of his party from the wider political class. It is a small step from personalism to de-institutionalization of the parliament but a big step in the wrong direction for the upkeep of democracy.

The operational dynamics of the official policy towards COVID-19 point to a dismal failure on several counts: the parliament has been totally absent from the policy making process through an in-house debate via input of the medical experts, financial experts and the diplomatic corps. There is total secrecy about the real situation or the disease-affected population. The government incessantly put the responsibility for the run up to the peak in the number of Corona cases on the shoulders of citizens instead of taking a meaningful step forward in the direction of containment of the disease. While Europe waited for the flattening of the curve and decline in the number of cases in absolute terms to ease out the lockdown, Pakistan has opened up the looked down while it is rushing to the peak. Public representatives sitting in the parliament owe it to the nation to analyze and explain both the ends and means of the policy in this respect. But, they have no role in bringing in the professional opinion and a global perspective on the whole issue from the wider society.

In the current situation, the crisis of governance and its much-feared impact on the public has led the PTI government to a policy framework that would undermine its efficacy. At the heart of this policy is the projection of certain unrelated issues which have created controversy such as the question of amending the 18th amendment, the Centre-province relations in the context of Sindh and the NAB cases of corruption against the opposition.

Out of the three state apparatuses of the executive, legislature and judiciary, it is the legislature which suffers from the greatest deficit of performance. Instead of ideas, policies and laws flowing from the parliament upwards do the executive and downwards to citizens at large, it is often the non-elected persons in the cabinet who operate as the ears and eyes of the Prime Minister. On the floor itself, the parliamentarians from both the Treasury and Opposition benches have been unable to tackle the issue of accessibility of the public to the house itself. There is no awareness, much less keenness, to embrace the best practices of parliaments at the global level. Not surprisingly, there is no public confidence in the institution. This is a tragic situation of parliamentarism at the heart of which lies a dysfunctional parliament. The performance indicators of this parliament are by no means encouraging. That could include trimming of the hostile narrative, developing a consensus on legislation and making the process of bargaining active and fruitful.

What is the future of the pattern of governance in Pakistan? Will the situation of ‘social distancing’ between the two institutions of executive and legislature continue? Will the rule by ordinances keep the role of parliament sedentary and meaningless? How long will the members of parliament take to develop a self-sustaining and dynamic institution in order to make the cabinet answerable to public representatives? The power play on top does not bode well as far as the issues of governance and making the government accountable to the nation is concerned.

[Dr. Mohammad Waseem is Professor of Political Science at Department of Social Sciences, Lahore University of Management Sciences. He has written on ethnic, Islamic, constitutional, electoral and sectarian politics of Pakistan.]