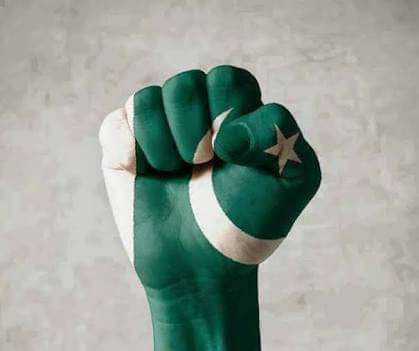 During October-December 2016, the ECP undertook a countrywide exercise to update electoral rolls and 4.20 million new voters were registered after door to door verification of CNICs (Computerized National Identity Cards). About 140,000 voters were deleted from the rolls due to deaths and other in-eligibilities. As a result of the exercise the total number of registered voters reached 97.02 million.

However the most shocking revelation was about missing women voters in all parts of the country. The gender gap was highest in the FATA i.e. 24 percent, followed by 16 percent in Balochistan, 14 percent in Khyber-Pakhtunkhwa, 12 percent in Punjab and 10 percent in Sindh. It was lowest 8 percent in the federal capital-Islamabad. In terms of number there were 54.59 million (56 percent) male and 42.42 million (44 percent) female voters. 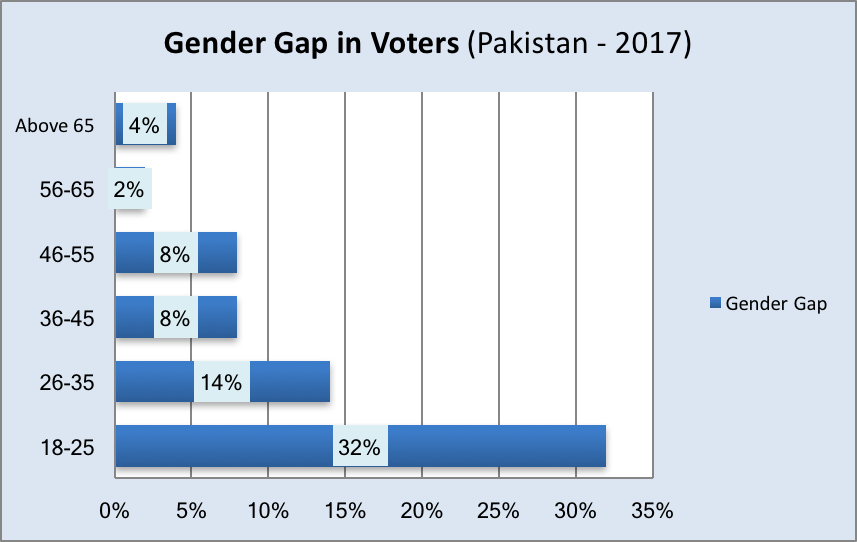 The positive development to address this gender-gap was the proposal in the Election Act 2017 to nullify the election in a constituency where women voters’ turnout was less than 10 percent and the ECP has been tasked to take special affirmative actions in collaboration with the political parties to increase registration of women voters. 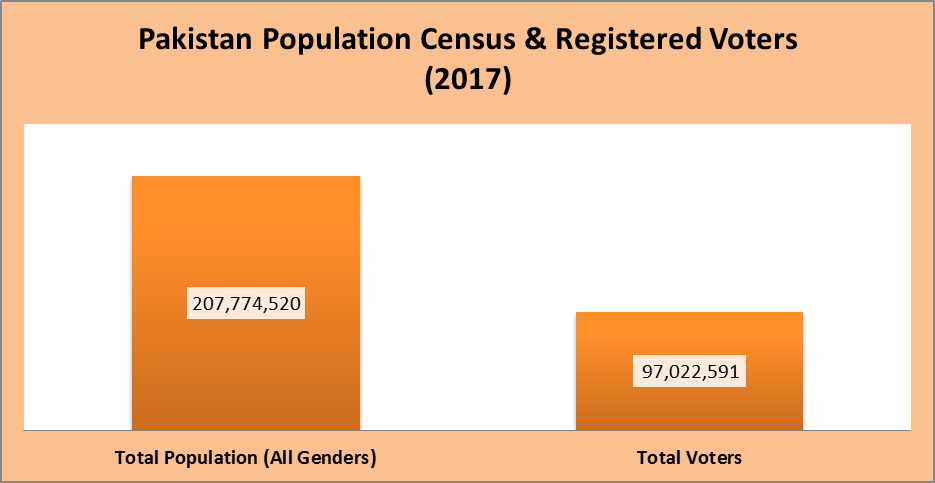 According to the Electoral Rolls, 97-million voters hold the key to define ‘democratic future of Pakistan.’ The Gender Gap is highest among young voters (18-25), it gradually improves-stays in almost all age brackets towards (Above 65) where it is lowest. 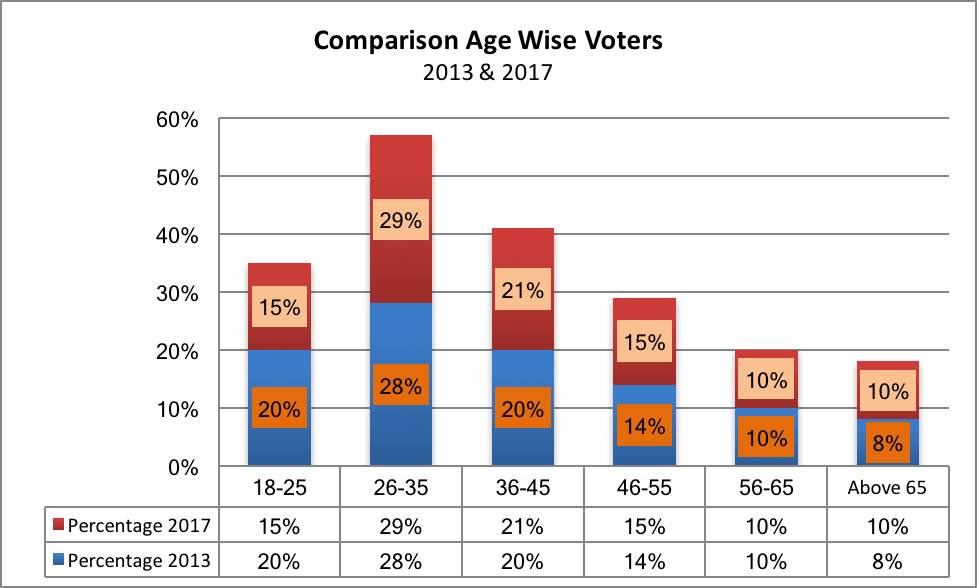 Highest number of youth voters (18-25) in terms of % in FATA i.e. 22 %, followed by Khyber Pakhtunkhwa i.e. 18 %. Youth want to determine future via VOTE. Fifty three percent of registered voters in FATA are below 35. Listen to the YOUTH of FATA. 56 years plus VOTERS only 15 percent 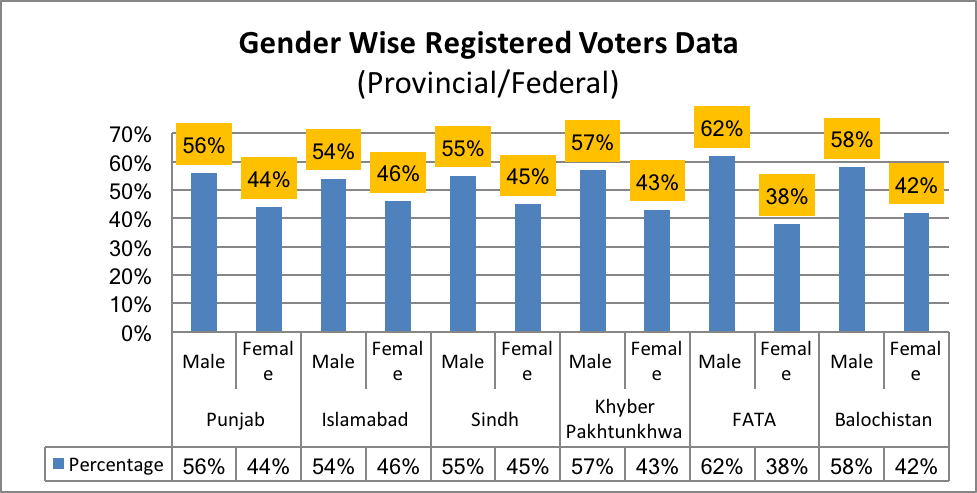 Pakistani youth bulge is adequately reflected in the Electoral Rolls. According to the ECP in 2013 out of the 84 million total registered voters 16.2 million (20 percent) were in the age bracket of 18-25 and another 23.8 million (28 percent) under 35. After the revision of Electoral Rolls in 2017 the total number of voters in Pakistan has jumped to 97 million. The plausible assumption is that the over whelming majority of 17 million new voters are the young voters. However the statistics recently released by the ECP convey otherwise. This youthful voting block holds the key to define and determine their right to be governed democratically in Election-2018.

For first time in country’s history ‘Youth Councilors’ are part of Local Governments in the Federal Capital-Islamabad and in three provinces namely; Punjab, Sindh and Khyber-Pakhtunkhwa. This innovation will serve as a nursery to groom future political leaders.

On 7th December 2016 the National Voters Day was celebrated in the country to motivate the citizens to obtain their CNICs and get them registered as voters by the ECP. The choice of the date was symbolic as on 7th December 1970 Pakistanis got their right to adult franchise for the first time after 23 years of independence. The ECP and civil society organizations launched civic and voter education campaigns. The major features of the celebrations were the issuance of a commemorative postal stamp, a public event at the President House to highlight the significance of vote and a series of events through District Voters Education Committees activated by the ECP. During these celebrations concerns of voters with disability for convenient polling stations for them were highlighted.