The Minefield That is Human Rights 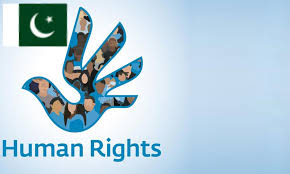 The human rights ministry was not given much attention or focus in the past and other ministries poached on its domain with impunity. When the PM made me the minister in charge of this ministry, it was assumed it was a sign of being sidelined from the mainstream, especially in the issue-areas I had spent 40 years specializing in – internal and external security.

For me, though, it was a challenge worth taking up since part of my professional work in the security issue area – both internal and external – had made me familiar not only with the field of human rights but also the obligations on Pakistan because of its accession to a number of critical international conventions as well as those arising from the needs of its internal polity.

The challenge was on multiple levels and, with a small but dedicated team, we are moving on all levels to assert the human rights agenda for a democratic, inclusive and tolerant Pakistan. The road to advancing human rights for all our citizens at home and abroad is not smooth, but littered with roadblocks and pitfalls along with bureaucratic inertia that is part of our colonial legacy. Nevertheless, I have found that with a sympathetic prime minister, who does not simply view human rights as an occasional headache to be dealt with while marginalizing it on the sidelines of the governance agenda, progress can be made – albeit slower than one would have liked.

There are four critical areas we are presently focusing on:

One: to ensure implementation of existing laws. We are an over-legislated state but sadly implementation is often lacking. Often times because of devolution, there is a lack of coordination between the centre and the provinces. There is a problem here and we are now in the process of building a comprehensive database on human rights violations with the help of the UNDP and the Office of the High Commissioner for Human Rights (OHCHR) in Geneva. Two workshops were held last month in which we had people from the centre and provinces participating with trainers from the OHCHR. We have also taken ownership of the transgender law, which was lying unclaimed, and have begun operationalizing its provisions. Similarly, other laws are being examined to see how overlap can be avoided and working streamlined.

Two: There are some areas where legislation is needed, especially because not only are segments of our society being denied their basic human rights enshrined in our constitution but also because we have acceded to a number of international human rights treaties, which requires we bring our laws into compliance with these treaties. Three bills were finalized a month ago and given final shape by the law ministry: the persons with disabilities bill, the anti-torture and anti-corporal punishment bills. At present, these require rescue from the trials and tribulations of a convoluted bureaucratic system. Meanwhile, we have also drafted a Zainab Alert bill with the help of the civil society, and together with the law ministry we have a Legal Aid bill about to embark on its bureaucratic journey.

The Christian community has also finally developed a consensus on a Marriage and Divorce Bill, which is now being processed. Incidentally, Pakistan, unlike Western states, allows our non-Muslim communities to have their personal laws relating to marriage and divorce. We are also currently drafting a bill for the protection and security of domestic workers. Beyond new bills, there were some basic issues raised by our non-Muslim citizens especially in terms of education which we have taken up with the education ministry because their demands had logic and rationality that should have been taken into consideration much earlier.

A critical issue where action is needed is on the issue of enforced disappearances. In a democratic polity, we cannot simply make people ‘disappear’. It is against our constitution and against all norms of a democratic society. Those who have committed any crime must be arrested, brought before the law and charged. We have anti-terror laws (although much abused for political vendettas) and military courts. Our government is committed to rule of law and it is our duty to ensure its observance. Families have been suffering for over a decade because they do not know the fate or whereabouts of their loved ones. They need closure. Our ministry has suggested a four-step approach to resolving this issue. The security of our country is paramount but part of that security rests in the state ensuring that every citizen feels secure.

Three: embarking on a nationwide awareness campaign – especially for marginalized populations including women who often are not aware of the rights they have as citizens of the state – and rights given to them in Islam in the case of Muslim women, especially in the case of inheritance. We have already begun our awareness programmes using PTV and Radio Pakistan. Moving beyond awareness, we are finalizing lists of volunteer lawyers in every district to aid people requiring free legal assistance. We also act on individual cases reported to us particularly since our 1099 helpline has gained wider recognition.

Our government made a commitment to ensuring the right of our citizens to legal assistance in prisons abroad and their return to Pakistan, where possible, and we are moving forward on that count too.

The human rights violations in Kashmir must be taken up strongly. Beyond rhetoric, governments have been hesitant on this; for instance, the failure to follow up on the OHCHR Kashmir Report suggestion for the Human Rights Council to set up an investigation into the human rights abuses in Kashmir. Sadly, our ministry was kept out of the loop but now we are reclaiming our domain. However, Kashmir requires more than just speaking on human rights abuses. We need to assert our seriousness over conflict resolution by presenting a blueprint for the same in keeping with UN resolutions that made us a de-jure party to the conflict. We are moving on that front too. 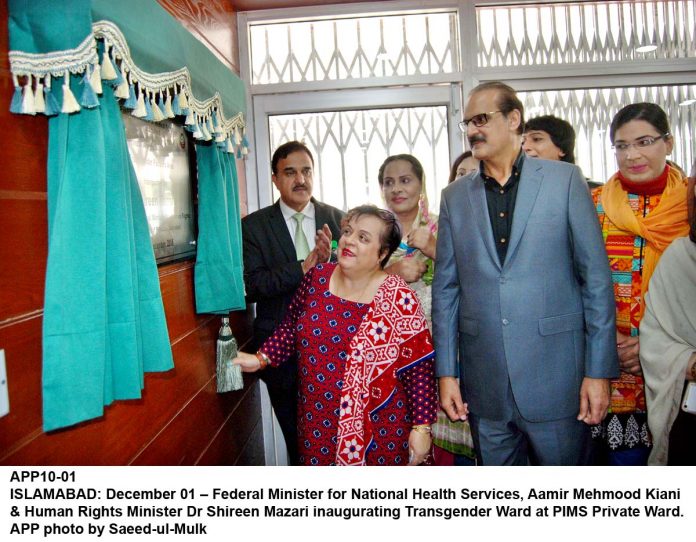 Human rights is a long, hard and previously neglected road to traverse, but we have made a strong beginning as we come close to the 100-days mark of our government. Human rights arouse strong passions on all sides. In Pakistan, it has become a minefield and we have to clear the mines carefully, without getting blown away.

The writer is the federal minister for human rights. This article was originally published in The News, Rawalpindi on November 8, 2018