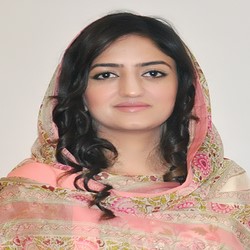 The father of the Nation, Mr. Muhammad Ali Jinnah, in his presidential address to the Constituent Assembly of Pakistan in 1947 said the following:

“As you know, history shows that in England, conditions, some time ago, were much worse than those prevailing in India today. The Roman Catholics and the Protestants persecuted each other. Even now there are some States in existence where there are discriminations made and bars imposed against a particular class. Thank God, we are not starting in those days. We are starting in the days where there is no discrimination, no distinction between one community and another, no discrimination between one caste, creed and another. We are starting with this fundamental principle that we are all citizens and equal citizens of one State. “

The founder of Pakistan had always dreamt of a unified Pakistan with no discrimination on the basis of cast, creed or language. However, things turned out to be the opposite in the real world.

The Baluchistan Province, the largest province of modern-day Pakistan, encountered several human rights violations noticed by the international community. According to the Human Rights Watch (HRW), the violations which have taken place during the ongoing Baluchistan conflict between Baloch nationalists and the Government of Pakistan, over the rule of Baluchistan, have reached ‘epidemic proportions’. Brad Adams, director of the Asia branch of HRW has said that the Pakistani government has not done enough to stop the violence, which includes torture, enforced disappearances of those suspected of either terrorism or opposing the military, ill treatment of those suspected of criminal activity, and extrajudicial killings. The issues regarding human rights violations in the province are as follows.

In the period between 2002 and 2005, it is estimated that 4000 people were detained in the province, of which only 200 were taken to court. The rest have been held incommunicado.

Recoveries of Bodies and Torture:

The HRW encountered massive human right abuses with enforced disappearances of hundreds of nationalists and activists. In 2008 alone, an estimated 1102 people were disappeared from the region and there have also been reports of torture. An increasing number of bodies are being found on roadsides having been shot in the head.

Many human rights activists have been affected because of the recent issues. The recent assassination of Sabeen Mehmood, an ethnic Punjabi human right activist who had campaigned against human rights violation in Baluchistan, comes to mind.

Human rights violations are common in a province with few promotions and initiatives by provincial and federal governments. The so called nationalist coalition partners had hardly done anything on hardcore issues since the formation of the government. Moreover, the parliament is legislative and still no ordinance or law has been passed regarding the human rights issues. Similarly, the provincial Government is guilty of reverting on their promises regarding several issues, especially the mainspring of the province.

Human rights are becoming one of the major issues, especially in Baluchistan, as the rights of individuals are not safe in the province. Even the enforcement and implementation of constitutional and other judicial rights are lacking in the province. Pakistan has a legacy of military interventions in the constitution. Military elites have always abrogated the constitution according their needs right from regimes of Ayub till Musharraf. Baluchistan has witnessed several operations on the nationalists to nullify everything against the state. Though it is sometimes necessary to take actions like that, every individual having a Pakistani nationality should have the right to go through the judicial system rather than be immediately punished by the law enforcement agencies.

The international community is quite cautious about human rights and several cases have been registered in the International Court of Justice. The recent development of the Protection of Pakistan Ordinance (PPO) sabotages the human rights of citizens of Pakistan. According to the ordinance, the law enforcement agencies have the liberty to investigate and detain any suspect. The approval of this ordinance from the senate will hinder the liberty of the citizens enormously. The human rights laws in the constitution of Pakistan along with the major amendments are as follows.

No person shall be deprived of life or liberty save in accordance with law.

No person who is arrested shall be detained in custody without being informed, as soon as may be, of the grounds for such arrest, nor shall he be denied the right to consult and be defended by a legal practitioner of his choice.

Slavery is non-existent and forbidden and no law shall permit or    facilitate its introduction into Pakistan in any form.

All forms of forced labour and traffic in human beings are prohibited.

No child below the age of fourteen years shall be engaged in any factory or any other mine to avoid hazards.

It’s required by any law for public purpose provided that no compulsory service shall be of a cruel nature or incompatible with human dignity.

No law shall be authorize punishment of a person until judicial system may not a give a clear verdict similarly no law allows double punishment.

The dignity of a man, subject to law, privacy of home shall be inviolable.

Every citizen shall have the right to remain in, and, subject to any reasonable restriction imposed by law in the public interest, enter and move freely throughout Pakistan and to reside and settle in any part thereof.

Every citizen shall have the right to assemble peacefully and without arms, subject to any reasonable restrictions imposed by law in the interest of public order.

Every citizen shall have the right to form associations or unions, subject to any reasonable restrictions imposed by law in the interest of sovereignty or integrity of Pakistan, public order or morality.

Subject to such qualifications, if any, as may be prescribed by law, every citizen shall have the right to enter upon any lawful profession or occupation, and to conduct any lawful trade or business.

Every citizen shall have the right to freedom of speech and expression, and there shall be freedom of the press, subject to any reasonable restrictions imposed by law in the interest of the glory of Islam or the integrity, security or defence of Pakistan or any part thereof, friendly relations with foreign States, public order, decency or morality, or in relation to contempt of court, commission of or incitement to an offence.

Every citizen shall have the right to acquire, hold and dispose of property in any part of Pakistan, subject to the Constitution and any reasonable restrictions imposed by law in the public interest.

The Human Rights Commission Pakistan (HRCP) is the sole commission for the safeguard of human rights in the nation. The HRCP is an independent nonprofit organization founded in 1987, which is not associated or affiliated with Government or any other political party. It is committed to act with impartiality and objectivity in all matters. Among its main aims is spreading awareness of human rights among the people, mobilizing public opinion, collecting information and disseminating knowledge about human rights abuses, and to monitor and defend human rights in Pakistan.

A provincial Human Rights Commission has been proposed several times but never introduce. It seems like it is the need of the hour. Moreover, the efficiency of a dissolute commission may create a difference to some extent.

Unique Provincial Initiatives for Promotion or Protection of Human Rights

No law has been passed regarding the missing persons, disappearances and illegal detentions which are one of the major issues of Baluchistan.

[Ms. Shiza Tareen is Civic Educator based in Quetta]